In Times of Rain and War by Camron Wright - Book Review 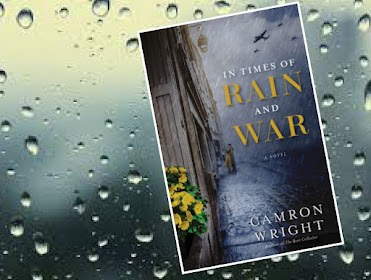 Title - In Times of Rain and War

In September of 1940, during the Blitz in London, Audrey Stocking is blending in with other civilians who are trying to survive the nightly bombings, but she has a secret. She's not British; she's German. Her fake passport and nearly perfect English allow her to blend in as she works hard to help evacuate British children into the countryside. Audrey longs to reunite with her family in Germany, but her double life, the bombings, and the watchful British Military Intelligence have forced her to stay put. And then there are the paralyzing nightmares . . .

Lieutenant Wesley Bowers, an American soldier training with London's Bomb Disposal Company 5, meets Audrey when an air raid leaves an unexploded bomb on the floor of her flat. She is attractive, intelligent, and compassionate, and there's an immediate connection between them. As they get to know each other, Wesley realizes Audrey is the one bright spot amid the war's unending bleakness and constant threat of death. But will he still feel the same if he discovers the secrets she is hiding? Secrets even Audrey is unaware of?

In Times of Rain and War is a gripping and heartbreakingly beautiful story about the strength and resilience of the human heart and spirit, reminding us there is always hope in hard times.

One of the best historical fiction books!

Do you fancy to read a beautifully written love story sent in London during World War 2? So this book is for you!

I enjoyed reading this beautifully written emotional story about German Jewish girl and American soldier who met in London during the Blitz. The book made me laugh and cry. I like the characters, their life-stories, their views on life and death. Everything in this book is amazing!

I will highly recommend In Times of Rain and War to everyone who loves reading well-written historical fictions.

Thanks to Camron Wright, Shadow Mountain Publisher and NetGalley for allowing me to read an advanced copy of this book! 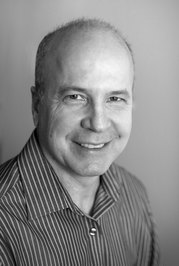 Camron Wright was born and raised in Salt Lake City, Utah. He has a master’s degree in Writing and Public Relations from Westminster College.

He has owned several successful retail stores in addition to working with his wife in the fashion industry, designing for the McCall Pattern Company in New York.

Camron began writing to get out of attending MBA school at the time, and it proved the better decision. His first book, Letters for Emily, was a Readers Choice Award winner, as well as a selection of the Doubleday Book Club and the Literary Guild. Letters for Emily has been published in North America, Japan, Australia, New Zealand, Germany, Korea, the Netherlands, and China.

His next book, The Rent Collector, won Best Novel of the Year from the Whitney Awards and was a nominee for the prestigious International DUBLIN Literary Award. The Orphan Keeper won Book of the Year, Gold accolades in Multicultural Fiction from Foreword Reviews, and was winner of Best General Fiction from the Whitney Awards. His newest book, In Times of Rain and War releases in early 2021.

Camron lives with his wife, Alicyn, just south of Salt Lake City at the base of the Wasatch Mountains. He is the proud father of four children, all girls but three.