Not Without My Sister by Marion Kummerow - Book Review 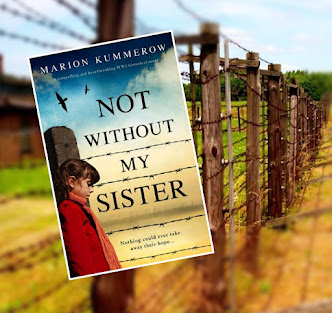 Title – Not Without My Sister: A compelling and heartbreaking WW2 historical novel

1944, Germany. Two sisters seek to overcome impossible odds to be reunited, in this utterly devastating and unforgettable novel about sisterhood, courage and survival.

All they had left was each other. Until the Nazis tore them apart.

After years of hiding from the Nazis, Rachel Epstein and her little sister Mindel are captured by the Gestapo and sent to the concentration camp at Bergen-Belsen. The only ray of light for either girl is that they are together.

But on arrival they are separated. As she’s seventeen and deemed an adult, Rachel is sent to work in a brutal factory whilst four-year-old Mindel is sent into the so-called “star” camp for Jewish prisoners. All on her own, Rachel knows her sister will have no chance of survival—unless she can find someone to take care of her.

Working in the windowless, airless factory—filling munitions casings with chemicals that burn her fingers and make her eyes sting—the only thing that keeps Rachel going is the thought of her little sister. Because if there’s even a chance Mindel is alive, Rachel knows she must try to save her.

But, separated by barbed wire, and treated brutally by SS guards who do not even see them as human beings, can either of the orphaned sisters ever dare to hope that they’ll find their way back to each other? And to freedom?

A completely heartbreaking, utterly gripping tale of courage, loss and overcoming impossible odds, perfect for fans of The Tattooist of Auschwitz, The Ragged Edge of Night and The Orphan’s Tale.

Two sisters, Rachel and Mindel, had been living with their parents and two brothers on the farm in Germany before they were captured by the Nazis in 1944 and sent into the concentration camp in Bergen-Belsen. Rachel and Mindel were separated and had to live and survive apart from each other. Only hope to meet again did not let them give up.

I love the characters so much. Reading this book I felt that I was in Bergen-Belsen by myself with sisters, I have seen what they saw, I have felt what they felt, their pain and happy moments.

So emotional and heartbreaking reading, could not put it down.

I will always recommend this amazing book to everyone who love reading historical fiction. 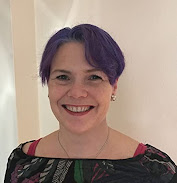 Her books are filled with raw emotions, fierce loyalty and perpetual resilience.

She loves to put her characters through the mangle, making them reach deep within to find the strength to face moral dilemma, make difficult decisions or fight for what is right. And she never forgets to include humor and undying love in her books, because ultimately love is what makes the world go round.

Marion Kummerow was born and raised in Germany, before she set out to “discover the world” and lived in various countries. In 1999 she returned to Germany and settled down in Munich where she’s now living with her family

After dipping her toes with non-fiction books, she finally tackled the project dear to her heart. UNRELENTING is the story about her grandparents, who belonged to the German resistance and fought against the Nazi regime. It’s a book about resilience, love and the courage to stand up and do the right thing.