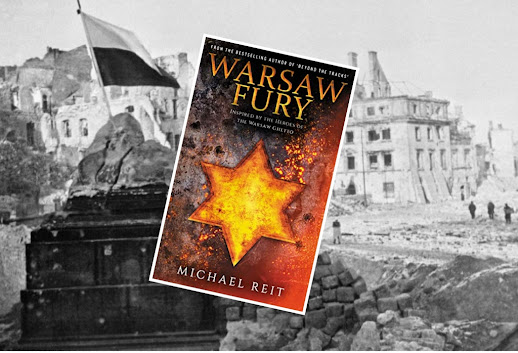 Natan Borkowski has it all. In line to take over the successful family business, his future is set.

Julia Horowitz lives in poverty. The daughter of a shoemaker, she dreams of a different life—a different world.

Everything changes when Hitler’s armies invade Poland. Natan’s future is ripped away by the flick of a switch of a Luftwaffe pilot. When the smoke clears, Julia and her family find themselves locked within the walls of the newly-formed Jewish ghetto.

On opposite sides of the wall, Natan and Julia’s lives are not so different anymore. As the Nazis unleash a reign of hunger, terror, and death across the city, they must now decide what’s more terrifying:

To die on their knees, or go down fighting?

Based on true events, Warsaw Fury is a story of love, courage, and resilience in the face of unimaginable evil.

They have no choice… they have to fight to survive!

Warsaw Fury is one of the best historical fiction books I have ever read. Not only because this book is unforgettable and has amazing characters, but also because the book reflects very important historical events that took place in Warsaw during World War II. The book is based on the true historical events. Michael Reit accurately showed the life of the people, Polish and Jewish, in the pre-war period, during the occupation by the Nazis and during the Ghetto Uprising. The main characters, Natan and Julia, symbolize the young Varsovians who love their city and are ready to sacrifice their lives to engage in the fighting an unequal enemy.

Natan is a young man who helps his father in the factory and loves to spend his free time with his friends. He had forgotten to send the important documents and that led to big problems at the factory. He has to find a way to solve that problem but could he do that?

Julia is a girl who helpes her father in the shop and dreams to become as a lawer but her father opposes her dreams. Could she act against her father prohibition attending the Law classes?

Both of them had had a clear future, their hopes and dreams before the Nazis invaded Poland, after that their lives had changed completely. They had to choose what to do, to live under Nazi rules or fight. What future awaits them? Are they ready for a different future? Do they have that future?

I love this amazing book so much! It hooked me on the first pages and I could not put it down. It is such an emotional and heartbreaking story.

I would definitely recommend Warsaw Fury to everyone who is interested in well-written historical fiction and books about World War II. 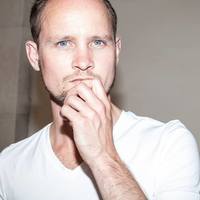 Michael Reit writes historical fiction based on true events and people. Writing what he loves, he spent years researching lesser-known events, locations, and people to produce his debut novel Beyond the Tracks.

Inspired by the Polish resistance, his new novel, Warsaw Fury, focuses on the struggle of the Home Army & Jewish resistance in the Warsaw Ghetto during WWII. It releases October 8th, 2021.

He’s currently writing his third novel, which will transport readers back to WWII Amsterdam, where two brothers find themselves on very different sides as the Nazis step up their persecution of Dutch Jews.

Born in the Netherlands, he now lives in beautiful Vienna, Austria, with his partner Esther, daughter Bibi, and Hungarian Vizsla Maggie. You can connect through michaelreit.com or Facebook (Michael Reit Author).